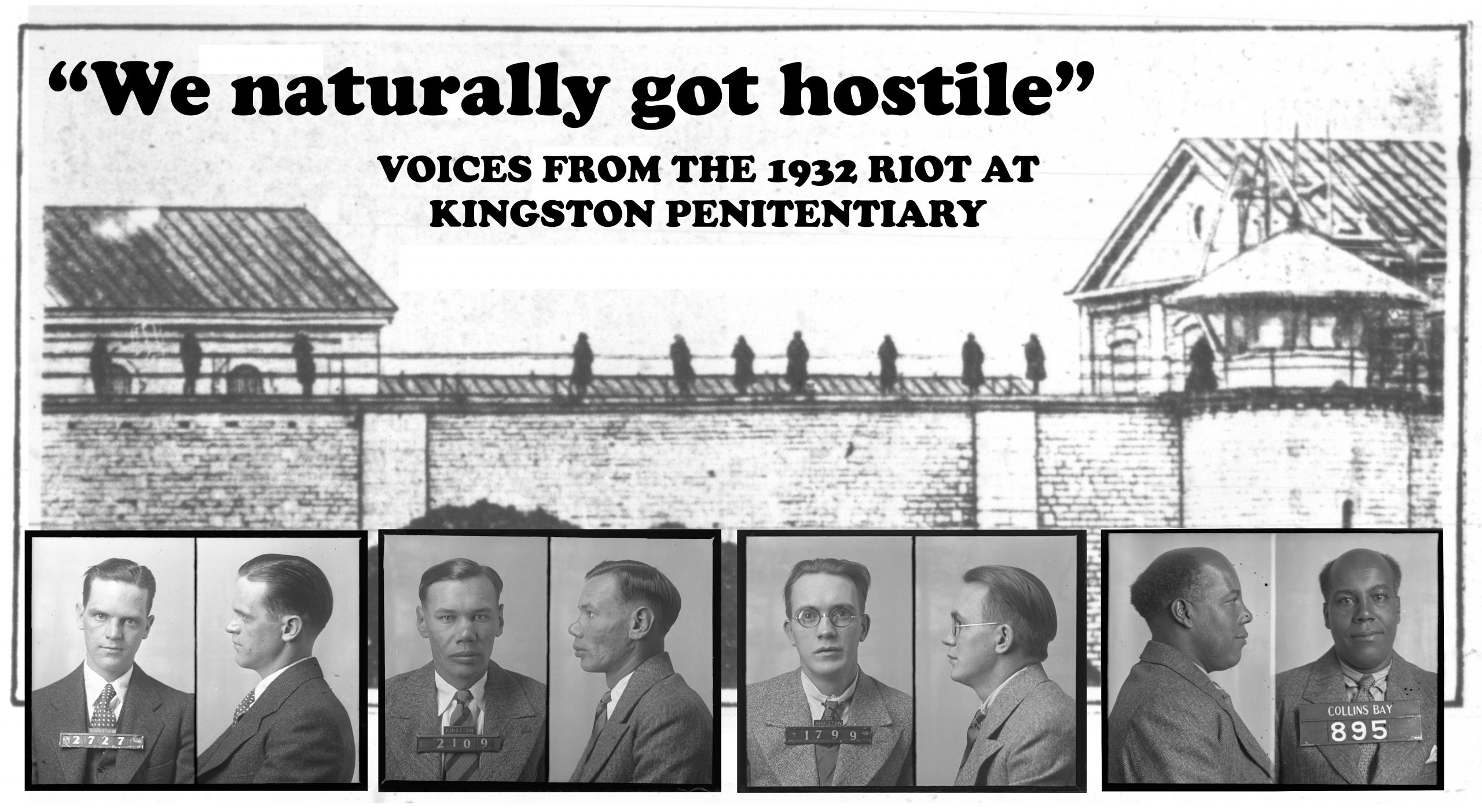 For four days in October 1932, during the height of the Great Depression, prisoners at Kingston Penitentiary revolted, protesting conditions in the prison until the guards and militia regained control. The shock of this event led to public calls for prison reform, changes within the prison system, and eventually the 1938 Royal Commission on the Penal System of Canada. The history of the riot, however, has usually been told using only government reports and newspapers, or relegated to a small part in the biographies of famous individuals. Using previously untapped archival materials – including interviews, letters and manifestos – this talk will focus on what the prisoners themselves thought about their incarceration and the causes of the riot.  By exploring the complaints, criticisms, fears, hopes, dreams, and frustrations of the imprisoned, the talk will restore their demands and goals to a central place in understanding this watershed event in Canadian history.

This lecture given by Cameron Willis occurred on November 21, 2019 at 12 noon at City Hall in Kingston, Ontario as part of the Heritage Resource Centre Lecture Series