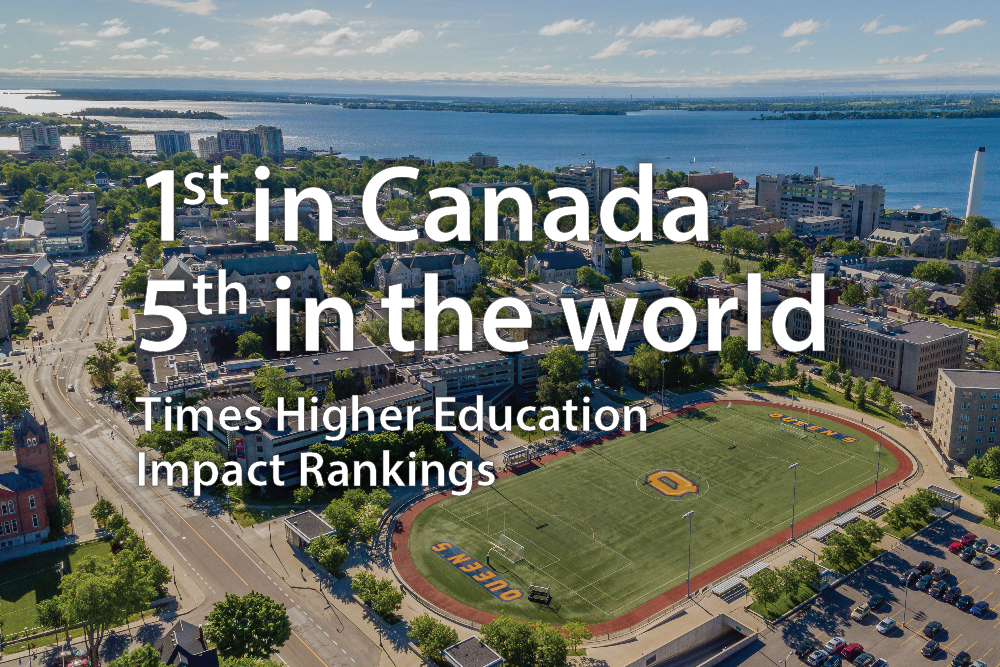 Dr. Patrick Deane, Principal and Vice Chancellor of Queen’s University joins us on Campus Beat once again to chat about some very exciting news.  Queen’s University announced on April 21st that Times Higher Education Impact Rankings had revealed that Queen’s placed first in Canada and fifth in the world in its global ranking of universities that are advancing the United Nations Sustainable Development Goals within and beyond their local communities.

Established in 2019, THE Impact Rankings assess a university’s societal impact based on the UN’s SDGs, a set of goals outlining a universal call to action to protect the planet and improve the lives and prospects of everyone, everywhere. Using carefully calibrated indicators across four broad areas –research, outreach, teaching, and stewardship – THE Impact Rankings are a recognition of those who are working today to build a better tomorrow.

Principal Deane sheds light on THE Impact Rankings and 17 Sustainable Development Goals; where Canada placed highest in Canada, North America and the world; and the herculean task undertaken by the University’s team to create a winning submission that included about 600 pieces of evidence to support the University’s candidacy.  Deane also talks about the opportunities and challenges the Sustainable Development Goals themselves present to universities and how Queen’s may build on its achievements moving forward.

On behalf of CFRC, congratulations to Queen’s University on these outstanding achievements.