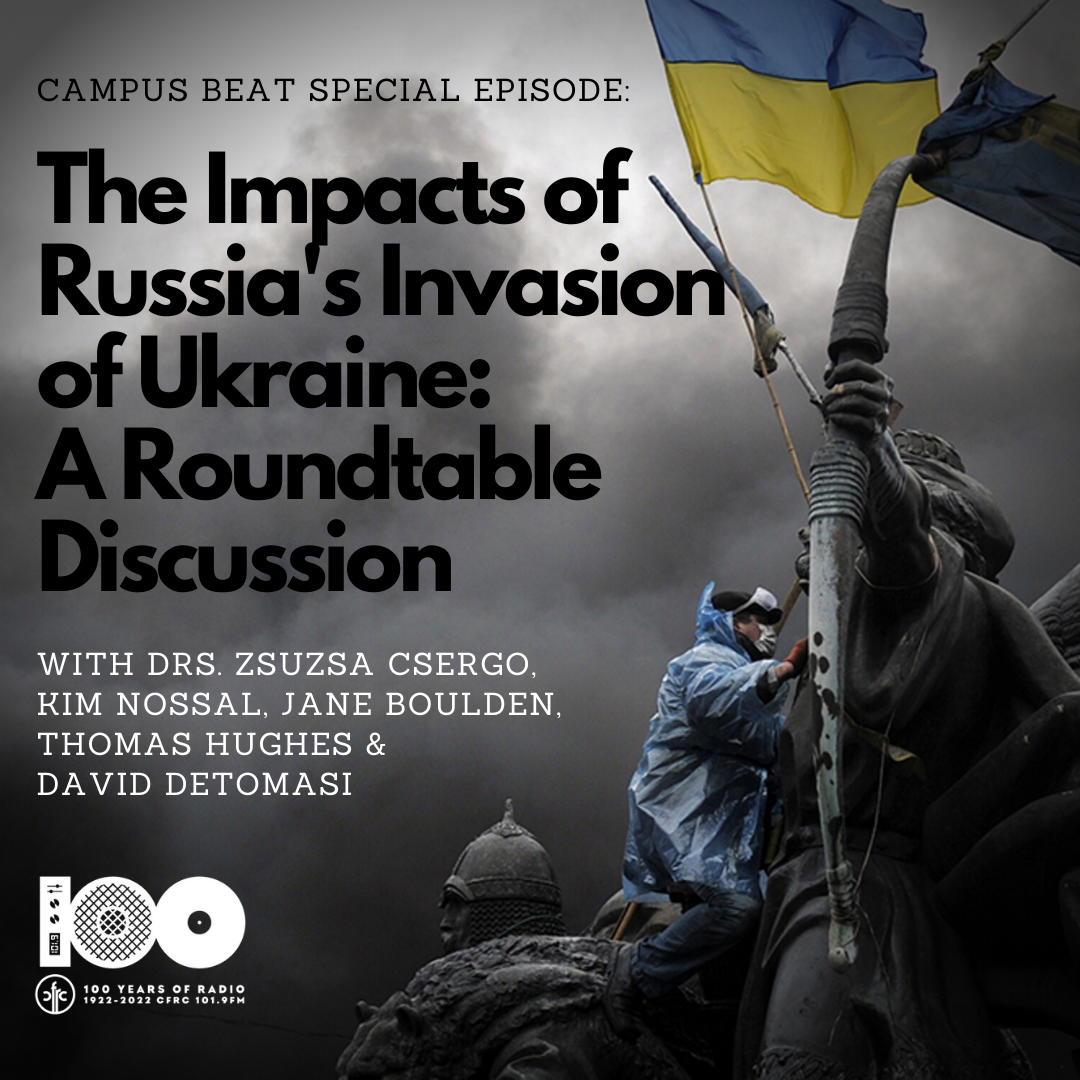 In this special extended episode of Campus Beat airing weekly on CFRC 101.9 FM at Queen’s University, we welcome five esteemed Queen’s University scholars in a roundtable discussion about the impact of Russia’s invasion on Ukraine, Russia itself and the West.  With us in this episode are Drs. Jane Boulden, Zsuzsa Csergo, Thomas Hughes and Kim Nossal of Political Studies and Dr. David Detomasi of the Smith School of Business.

In this roundtable discussion, our guests explore the question of the Russian invasion’s broad impacts thru a variety of lenses including international law, regional stability, foreign policy and trade, NATO strategy and more.

In particular, they discuss the following questions:

What is the current military situation in Ukraine and the impact on civilian people, governance, trade and infrastructure?

What has NATO’s strategy been toward Russia and Ukraine and how has it evolved since the invasion?

What are some of the implications for regional stability especially with the mass movement of people?

Do international sanctions go far enough? What are the intended goals and potentially unforeseen consequences?  Can sanctions be enforced in such a way as to ensure success in this scenario? Can Russia survive sanctions?

What has Canada’s position been toward the war and how has this war modified its trade or defence policies?