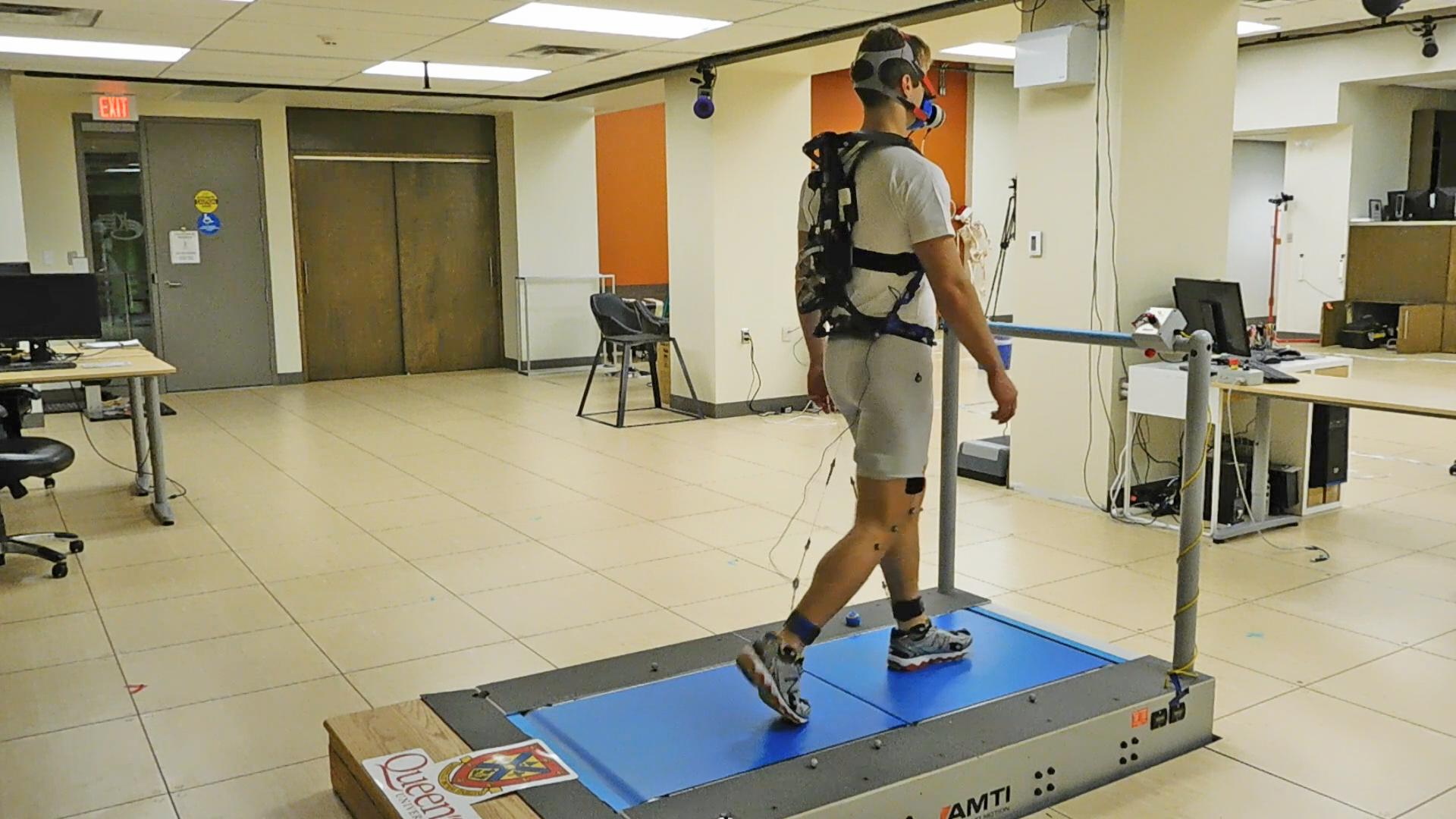 The science of walking is taking its next big step with the aid of a unique exoskeleton that allows users to walk further while using less energy. Developed by a multidisciplinary team from the Queen’s Faculty of Engineering and Applied Science, the backpack-mounted prototype removes energy during a specific phase of the gait cycle, lessening the metabolic cost of walking. Details of the device’s development and evaluation were published on May 27th 2021 in Science—one of the world’s foremost academic journals.

In this episode of Campus Beat, we’re doing by Dr. Michael Shepertycky, lead author of the study and Dr. Qingguo Li, co-senior author of the study and Associate Professor of Mechanical and Materials Engineering, Queen’s University.  They share much with us about their research inspirations, details on what research and development actually looks like behind the scenes in addition to details about the exoskeleton device, how it works, its benefits and implications for everyday living and future research.

Unlike existing exoskeleton technologies that either add energy or transfer it from one phase of the gait cycle to another, this new device assists users by removing energy which helps the knee muscles during a critical moment—called the terminal swing phase.

Sherptycky and Li’s multidisciplinary team envisages the technology—which weighs just over half a kilogram—enabling hikers to walk longer distances or helping nurses be less tired after a long shift on their feet.

In addition to assisting the user, the device converts the removed energy into electricity that can be used to power the device’s control system and other portable devices. This energy harvesting capability could be particularly useful for individuals travelling on foot in remote locations, allowing them to charge cellular phones or GPS devices. Yan-Fei Liu, Professor of Electrical and Computer Engineering and co-author of the study, also led the development of the device’s power electronics.

Put your feet up for a fun conversation and enjoy the program!