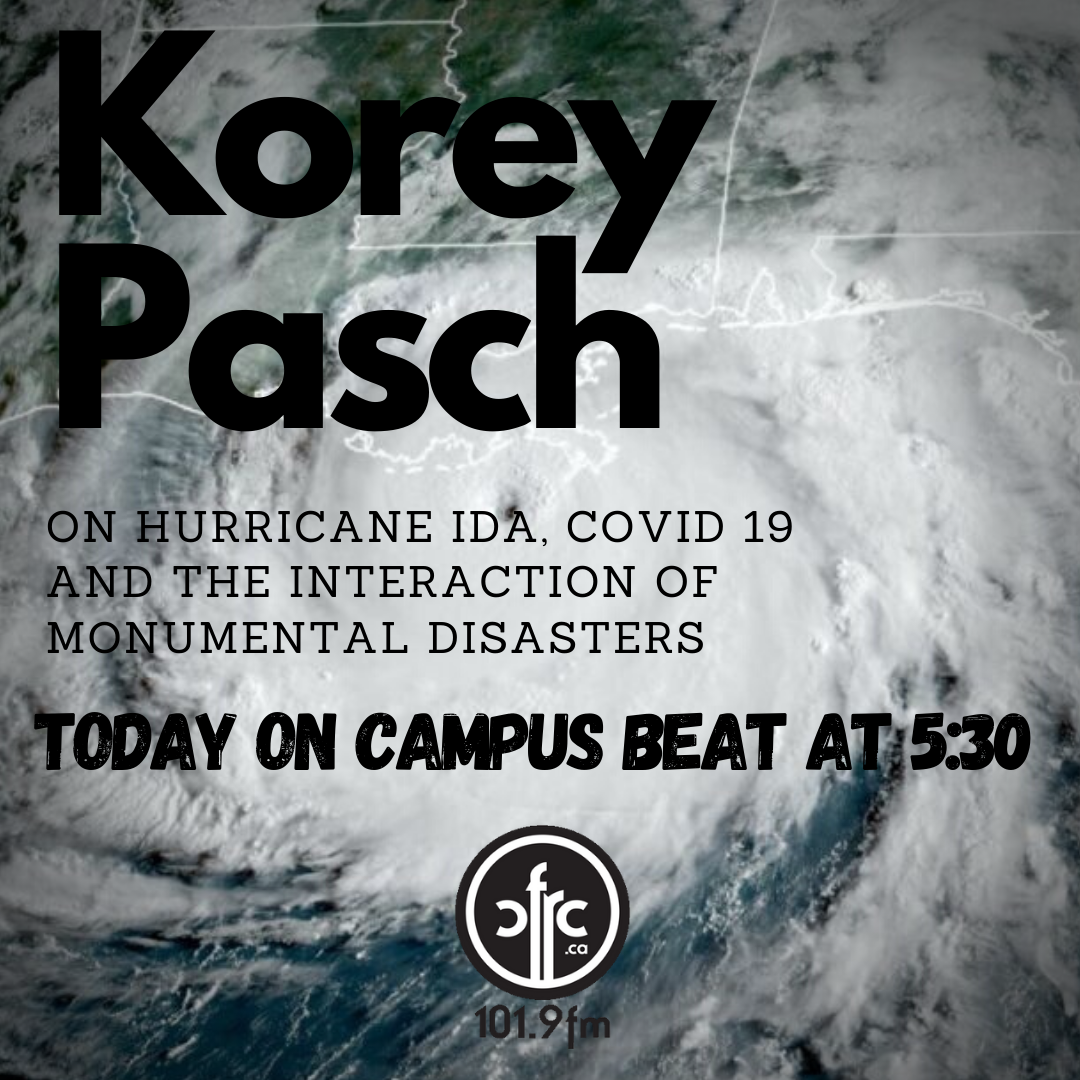 On August 27th Tropical Storm Ida strengthened into a hurricane moving north northwest from the Gulf of Mexico making landfall on the Louisiana Coast on August 28th with winds reaching 240 km/hr.  Now a tropical depression as of September 1st, Ida proved to be the second most intense hurricane to strike Louisiana on record only after Hurricane Katrina.  In its wake, four people have died, more than a million people remain without power largely in and around New Orleans while widespread heavy infrastructural damage and heavy floods amounting to an estimated 15 billion in insured losses have occurred.

In the first episode of Season Four of Campus Beat, Korey Pasch, PhD Candidate in Political Studies at Queen’s University joins us to chat about this disaster, the tensions and interactions revealed by it and COVID-19, political responses and lasting impacts.