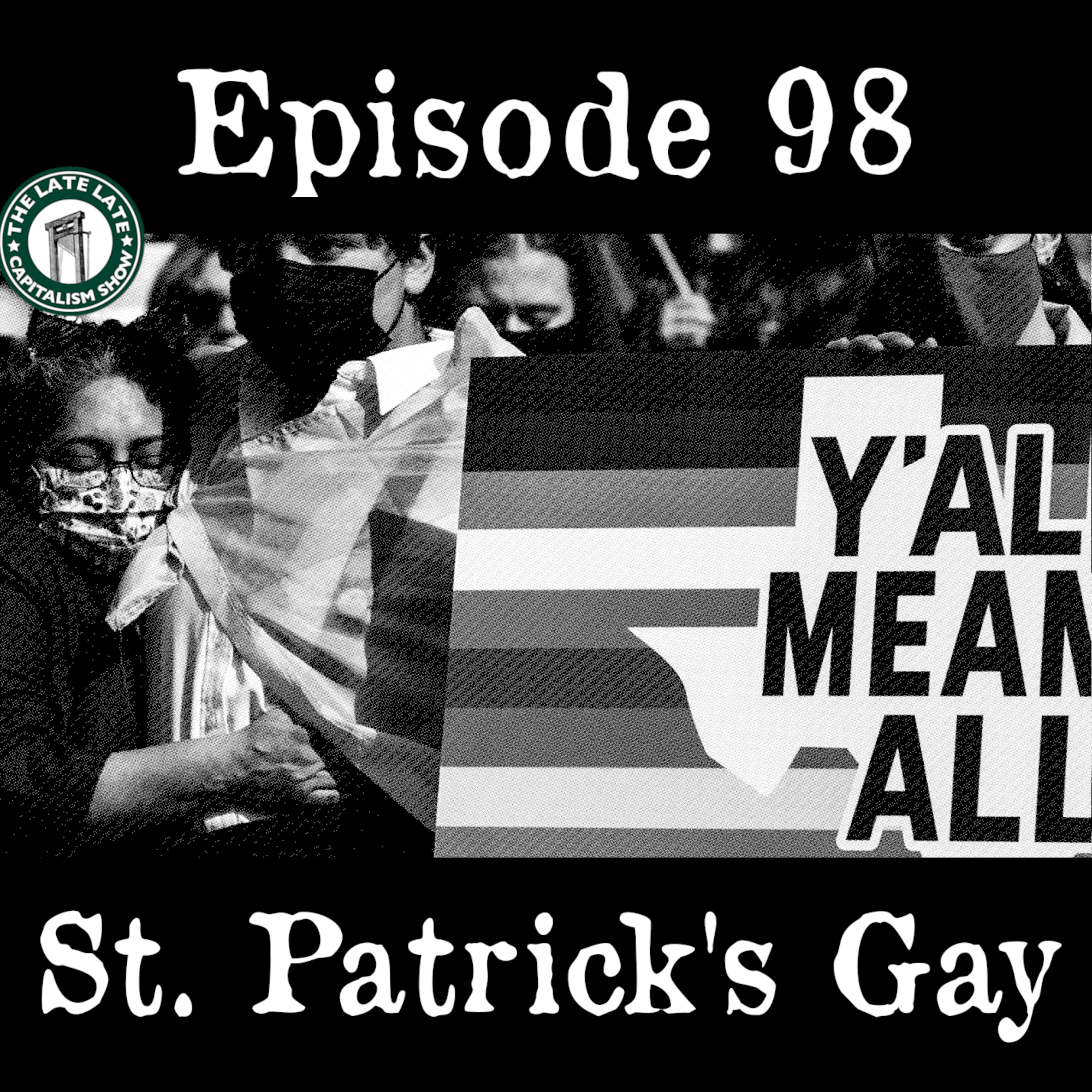 Damn, can we say that?

The gang brings in their Gay/Student Correspondent, Grace, to discuss St. Paddy’s plans at Queen’s, and then

take them through the many monstrous anti-gay (and specifically anti-trans) bills that have been churning through the bowels of some of America’s worst states. Florida’s “Don’t Say Gay” to New Hampshire’s quest to end conversion therapy and everything in between, above, and beyond. Yeah, it’s a tough conversation, but it’s one worth having. Plus, we’ve sweetened the deal by throwing in some extra Meghan lore for all the Megheads out there.

Our theme song is “Mega Guillotine 2020” by the prophetic and powerful AJJ. Go buy their album Good Luck Everybody for instructions on magicks dark and terrible.

Need a place to send your manifesto now that your children have stopped returning your texts? Shoot us an email at llcscfrc@gmail.com and we promise to not report you to the authorities.